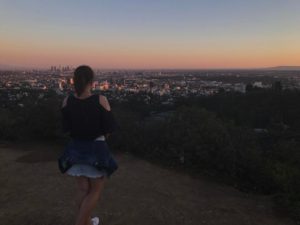 I was in the middle of an emotional breakdown towards the end of 2016.

It took me about three tries before I got to an opening sentence that was real and authentic. For ten years, I have submerged myself in an industry that was trained to see and highlight only the good. It didn’t matter what the issue was as long as the “good angle” was exposed to the world. I have always loved the storytelling angle of Public Relations but just like all things, I felt extremely deflated.

If you were kind enough to read through my blog entries in the previous year, you could sense the tension in between the words and the slight cry for help. I was ultimately ALWAYS on the edge. I was on a schedule that was inhumane and I absolutely detested the commute home. My optimistic nature was long gone and my husband felt the brunt of my anger, my temper, and my frustration. It was the biggest transition of my life and for the longest time, I felt like I couldn’t adapt.

I just didn’t like where I was, what I was doing, and who I was becoming.

And the worst thing about it was I was doing my best to hide my frustration because it was wrong to feel negative emotions because I was supposed to feel #blessed. I refused to rant about my job, the processes, and life in general because that wasn’t something that I was supposed to do. For years, I have been trapped into how I should be, what I should do, and where I should be without realizing that I was blessed with this wonderful gift called freedom which meant that anytime that I didn’t like where I was, I could easily move towards another season.

However, out of fear and complacency, I chose to stay where I was and in the process of it lost myself, my beliefs, and even did things that I would have not done if I was in another state of mind. My time in one of the country’s most prestigious public relations agencies didn’t better me, it made me bitter. I resented where I was, who I was working with, and just turned into someone I didn’t like to be.

Just like Moana, it was as if the entire world was teaching me to just step out and do something instead of constantly complaining. I thought I didn’t have that luxury but I did, it included sacrifices but those sacrifices amounted to a peace that I haven’t had in awhile. Having peace doesn’t mean that all is well all the time, in fact it has been more challenging than easy and sometimes I just want to run back home but this is the life I chose for now and just like Moana, I should go and ride the waves until I get to where I am supposed to be.

It’s comforting to know that no matter what seasons change and soon, the leaves will turn and spring will come.