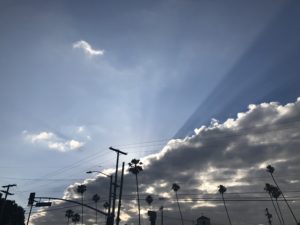 “I’ve read your blog and all I saw was a selfish young brat who never grew up.”

It was like a cold slap in the face. For one thing, I am your average people pleaser and another, it hurt because here I was a few months away from 29 and this person had the audacity to say nothing in me has changed. She also criticized my desire to succeed, the hard work my parents have done to send me and my brother to the best schools, and my achievements. I later on realized that she was merely projecting her discontent over her own life towards me. But I was too shocked to be rational.

Just like any well-meaning adult, I brooded over her comments for weeks. Here was this supposed “Christian” who went to church gamely, taught her kids how to pray, and posted Bible verses threatening me in a country that wasn’t my own. My head spun and I was left with panic attacks and a possible PTSD that wasn’t serious enough to diagnose. How could this person, who knew nothing about me and what I went through in recent months, call me out like that? Also, how could someone who never walked a day in my shoes criticise what I’ve been through and the words I’ve sprawled across this blog? Most importantly, how could a Christian be so spiteful?

This blog, despite its misgivings, has saved me from bullies, eating disorders, and even my own self. It has been my sounding board and despite the many likes, comments, and followers I get on social media, this blog, for a good portion of my life, was the friend who always listened. This blog was created way before the term bloggers were coined and so for years, I kept it close to my heart and refused to craft “my own brand.” This blog was personal and in its authenticity, I aimed to inspire another.

I never recalled a day where my words that came from a place of raw pain would be used against me out of spite. It’s safe to say that I was traumatized and trauma was something that I have dealt with

It took me about two months to process the trauma. There are days where I sit in the shower and be terrified because I was alone in a foreign land while also trying to adjust to a world where my parents weren’t a few steps away. My 28th year turned out to be nothing like I have expected it to be. In fact, it was the exact opposite of what I dreamed my first year of marriage would be.

While it has brought me so much joy, it has also brought me a lot of pain. Most of them because of my unrealistic expectations of life, my own insecurities, and my own misgivings. In the past 12 months alone, I have come against challenges like no other. I found myself at the end of my rope, with no one to turn to. I was alone. Situations have forced me to make decisions that sounded insane for the most part, and most importantly, at the lowest point of my life, I have also been kicked repeatedly by people I sought shelter from. Instead of helping me, they brought up old skeletons, warned my husband of my “attitude”, and continued to gossip about me. Yes, I wasn’t perfect but for someone to kick another when they’re down or to rejoice because I was going through a dark period, whether or not she understood  what she was doing, has broken my heart far a million times.

I have discovered what it was like to be in the dark and could easily relate to this passage from Lamentations 3:19-21:

“I’ll never forget the trouble, the utter lostness, the taste of ashes, the poison I’ve swallowed. I remember it all – oh, ho well I remember – the feeling of hitting the bottom. But there’s one thing I remember, and remembering, I keep a grip on hope.

During this new season of my life, all I had was with Jesus and the fervent hope that even if I may have messed up life through my choices, that God was still good. For the first time ever, my life was beyond my control. It wasn’t as neat as I have always wanted it to be. I was relying on God every single day and it seemed like every single day, there was a challenge to be overcome: whether internally or externally. I’ve written about it here and there and yet today, I choose to see the little victories God placed my way.

First off, he blessed me with a strength and bravery I never knew I had. For years, I had my own crutches: my achievements, my titles, my worldly possessions, and my own “social” identity.  In a way, they were the things that have made me brave. But it was when God stripped all of those away that I have learned to find my true confidence in the One who made me who I am (Philippians 4:13, MSG).

Second, through people’s rejection, judgement, and criticism, God has showed me His unfailing love and goodness. By being isolated for the first time in forever, I have seen how truly miraculous God works. Yes, some people may have hurt me and left me in the cold but God, just like the hero that He is, swept in and led people are way who we didn’t expect to extend a hand, lend a hand. These were not Christians who quoted verses and yet you saw how they displayed God’s love and mercy through their actions, not words. They were inconvenienced and yet they sacrificed.

Which leads me to my third learning: love is ACTION, not a Facebook post, not a card, not a message BUT ACTION. Our new church has been sharing with us the story of Ruth and the importance of Hesed or a love that is loyal, no matter what the situation. It was an eye opener, especially in the first year of marriage, of how important it is to love without agenda and even when the situation doesn’t suit us. It’s a powerful love and it’s a reminder of how God loves us.

And fourth, the only way to grow is to acknowledge your own pain, mistakes, and ask God to help you overcome. My husband, just like Joyce Meyer’s husband, Dave, showed me love just like how it is described in 1 Corinthians 13, a love that is patient, kind, and loyal. Towards the end of 2016, I was so angry and so mad at the world, and God took a situation that ultimately meant to destroy and turned it around for good. He took me out of this Devil Wears Prada world I created and into a desert to refine me. I am not quite sure if I am out of the desert but I don’t feel any discomfort instead I feel peace and content with a life that is lived day by day.

Now, my heart is healing while being freed from perceptions that I, as a worldly “independent” woman had, to become the woman He has wanted me to be. Today, I write freely about this experience even if it has no conclusion yet because for me the battles are being won on the inside. I write about this experience in the middle of a battle because no matter what the world tries to do or how the enemy roars, the ending is the same: we win.

And that verse that I started with reflects that because there’s a second part to it:

When life is heavy and hard to take, go off by yourself. Enter the silence. Bow in prayer. Don’t ask questions: Wait for hope to appear. Don’t run from trouble. Take it full-face. The worst is never the worst.

Why? Because the Master won’t ever walk out and fail to return. If He works severely, He also works tenderly. His stockpiles of loyal love are immense. He takes no pleasure in making life hard, in throwing roadblocks in the way.” – Lamentations 3:19:33.

I refuse to be reduced by things said about me, about mistakes I have done along the way, about the people who have harassed me, those I have hurt (I am not perfect), and the situations born out of my own doing. They all happened but I am never too far out for God to reach me. In fact, it is in these moments that He holds me closer than He ever has, it is when I am at my lowest that He shows up the most. In my weaknesses, He makes me strong. (2 Corinthians 12: 9-11).

And that lady I began this story about? She may or may not be right but thank God because my victory and redemption doesn’t come from her, in fact her words have no bearing, simply because God has overcome and in Him, all is well.