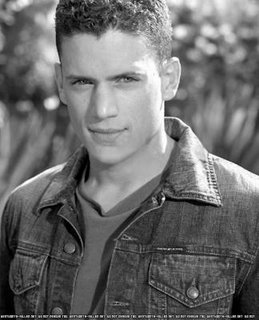 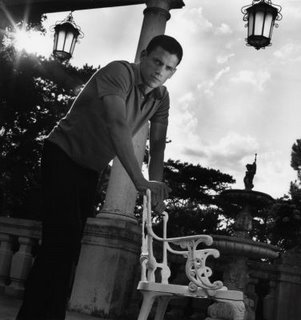 Wentworth Miller is hot.He’s so cute and he has the mysterious vibe going for him. I wish all guys were like that. I so wish that most of the guys were like him.
I think this is the reason for the current state of my lovelife. I don’t think there’s another way to explain it. I am too in love with guys like him *points upward*.
Maybe I have to realize that guys like him, John Tucker and the 21 year old Justin Timberlake just doesn’t exist anymore. Or they do but they’re either married or taken, either way it’s still the same: unavailable.
I have no idea what characteristics or qualities I should look for in a guy. I’m too immersed with these fictional characters that I fail to realize when reality is knocking at my door.
It may be ironic for me to talk about this since I just stated in my past entry that love wasn’t an option at this very moment. However… there’s that small part in me that wonders….
But until I figure things out… I think staring at wentworth wouldn’t be so bad?
what do you think?

A perennial daydreamer with her head constantly in the clouds. I live for laughter and believe in the power of kindness. A publicist by day, a wordsmith by night. My column, The Thought Junkie, comes out on The Manila Times every Sunday.