Menu
From Singapore, With Love 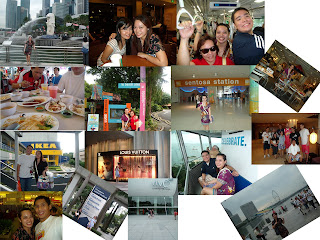 I finally broke away from work and all the stress of living in Manila and went on a much needed trip to Singapore!

In four days, I was able to immerse myself in the culture and despite what my friends say it is definitely one of the best cities ever!!!

Considering the fact that we had no idea how to get from one place to another, what really helped were extremely nice bus drivers like Mang Peping up there (I wasn’t able to ask for his name so let’s leave him at Mang Peping) and charming store owners like Leong Kee (again, i’m not sure if that was his real name). 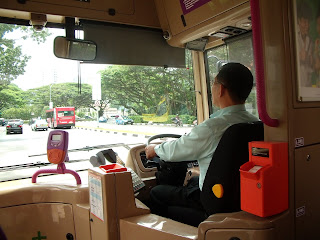 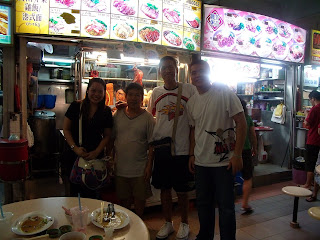 I think it was wise not to use the taxi even once because we were truly able to immerse ourselves in everyday Singapore living and by the end of our second day, we didn’t feel like tourists at all!

Armed with a map and money, the bus and the mrt was the smartest way to go around the city. Of course, we traveled to all the landmarks and as for food, we’ve tried the ducks, the coffee and enough Laksa to last us a year.

Sentosa was beautiful as well but it’s still not fully developed.

It’s so nice to go around Singapore because you can definitely see it progressing and despite the fact that they don’t have natural resources, you can see how greatly governed they are. I think the Philippines can only dream of that much progress.

Ang sarap pala makakita ng Pilipino abroad. You can see them working very hard and going about thier lives. It was also enthralling to see them in one place on a Sunday in Lucky Plaza, although I must admit, mas magulo pa siya sa Divisoria on a Saturday! I guess it’s because it’s the only day they have off. But other than that, i think that’s the best way to feel less homesick.

it was also cool to hang out with a bunch of big brothers that i don’t really hang out with on a daily basis. they were also so cool and boring! no clubbing, not even once!

i also couldn’t also get over the fact that everything was so clean! ! ! and that i could drink water from the tap! that i think is the most amazing part about it! also, everyone was so busy, and i didn’t even see an obese person and that’s probably because you pretty much have to walk everywhere! bawal ang pa badjing badjing doon, everything is quick and everyone is busy with their own lives!

It’s so exciting! I think i’d fit in perfectly because everyone is attuned to work and have no time for idle time (you know, chismisan ha ha ha).

Also, i’ve learned to embrace diversity more because Singapore embraced uniqueness. There were a lot of people that us Pinoys would stare at, but in Singapore people didn’t even bother to look. It’s a good feeling to be in a place that embraces people’s differences.
i once read somewhere that traveling changes you and it’s true. my perspectives have shifted. there’s a big world out there, waiting to be discovered.
all in all, words couldn’t describe how wonderful the experience was but don’t worry, i made up for the lost twitter time and will be uploading my random thoughts soon! 🙂
PrevPrevious
NextNext