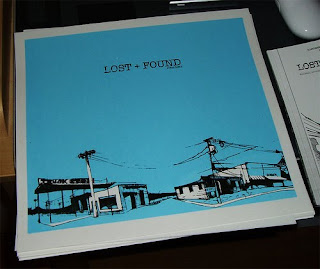 ” Before a word is on my tongue
you know it completely, O LORD.
You hem me in—behind and before;
you have laid your hand upon me.”
Psalm 139:4-5

Eversince I was a little girl, entertainment came from watching TV, a lot of TV.

As I got older, I’d also indulge in Dawson’s Creek, Popular and Gilmore Girls. Shows that you can’t illegally
download yet and had to wait week after week, indulging in your craving.

That’s the reason why most of my ideals came from watching too much television and partly from reading
way too much tween books growing up.

So laugh all you can, but yes, some of my ideals are pretty twisted.

For one thing, I grew up thinking that when the tough gets going all you have to do is pray and there’s really
nothing wrong with that because it’s nice to have a relationship with God, but it distorted my thinking because I
started seeing my relationship with the Lord the way Aladdin saw his genie from the bottle.

I only came to the Lord when I needed something and completely shut him off whenever what I wanted wasn’t granted.

It was a pretty selfish way to live and it slowly seeped into the other areas of my life.

Entering highschool, I finally came across the reality that there is such a thing as God’s best and it didn’t
necessarily align with what I wanted, what my flesh wanted and what my own fleshly desires wanted.

However, being the stubborn teenager that I was, I decided to still make it on my own, read Christian books
without reading the Bible (again, nothing wrong with reading Christian books but I never got the book
that mattered-the Bible) and tried to find situations that’s approved by most Christian communities and
lay it to God.

Most conversations were filled with, “God, I read all the material I could possibly read and this, this is
what you want for me, so let me have it.”

I could only laugh at how naive and how embrassing everything was.

So since my prayers weren’t being answered, there came another twisted point of view, I started thinking that
I wasn’t being a good enough christian.

So I “pretended” to be good enough.

I was the daughter who wouldn’t do anything bad, no drugs, no sleepovers, no boyfriends, nothing.
But inside of me, there were demons, a lot of them.
There were battles in my head that I wasn’t winning.

My emotions were at rage and at 18, I had so much bitterness inside of me
you’d think I was 38 with children and without a husband. I was so angry and mad at the world and I couldn’t
find the very thing I was looking for.

I was so lost and embittered. I was mad at my parents eventhough I knew they had given me nothing but love.

I was irritated by people who God seemed to love more than me and I knew that my life wasn’t going anywhere.

I was greedy, jealous and insecure. The worst traits combined into one. Practically I was a walking time bomb.

On the outside, I was winning awards left and right, but on the inside, the war was raging and I was losing.

And I was so lost and empty that I found myself looking to people, my job and my weight to make me feel worthy and loved.

Even my hyperthyrodism condition (which I am already healed from, Praise God!) couldn’t stop me. I was being
my own superwoman.

Until the day came when I realized that I had nothing else to give.

The battle just wasn’t in my head, it was with the people closest to me as well.

I hated myself and although I tried to find God and tried to be in chruch and tried to turn my shelves into my
very own version of OMF, I was lost.

Where was God in all of this? Where was the goodness that He promised? If He loved me, why am I so broken?

And that’s when it came, there weren’t any fireworks, I wasn’t even in Church.

Don’t get me wrong, I never stopped believing in all the things that I knew God could give me.

I never ceased in thinking that there was a God who gave up His son for me.

I knew all that but with all the plans that I had for myself, I knew I couldn’t be bothered to be transformed
by God, I could make it on my own and if I needed help, He would be there for me.

What did I tell you? Pretty selfish right?

But God, despite my stubborness and brokeness, picked me up and led me to people who would later on be
instruments to this transformation.

One by one, people who loved God and had a healthy relationship with Him trinkled into my life and that’s when
I realized, I wanted that life, I wanted a life that would be for God.

I didn’t know where to begin, but I knew that I had to start somewhere.

And slowly, but surely, as I let God into parts of my life that He couldn’t touch before, I saw His hand
move, I saw His favor and I saw His strength through my weaknesses.

And yet, in my own selfish heart, I still believed that God gave the impossible, however, it was another
distorted point of view. When I say God would give the impossible, it was once again connected to my
earthly desires.

And just like a cliche, it was a heartbreak and the collapse of several relationships that my life depended on
that I decided to relinquish control.

I decided to give God the pen and it wasn’t an overnight change, but everyday that I wake up and ask Him
to take control of every aspect of my life, He would slowly change and mend a bit of my broken heart.

And for the first time in my life, I was made whole. I was dancing on the inside and the funny thing about it is
that it had nothing to do with my circumstances.

Things were pretty much still the same, but life was more fantastic and it was all because I started seeing it with
God’s eyes through the Holy Spirit.

The struggle was gone because finally, I stopped making God a genie, but instead, I made Him the Author of My Life.

Slowly, I am learning to allow His desires to become mine and I have never been happier.

It’s taking one day at a time, I am still a work in progress in Christ, but it’s okay, God has been patient
for the past 21 years of my life.

If I could talk to who I was eight years ago, I’d have a lot to tell her.

For one thing, I’d tell her that true beauty could be found in Christ and that I’d have to stop trying to
merit God’s goodness, because He gave it all for me on the cross.

I’d also tell her that God’s best didn’t include a hot body and a hot boyfriend.

But instead, God’s best could be found in totally surrendering everything to Him and see my life being shaped
by the Creator Himself.

Aren’t we all special? Our Maker just doesn’t hand us over to His assistant and let His assistant do the work
for Him, but instead He does the work on His own.

And it just brings tears to my eyes to know the truth, that despite what I did, what people have said about me, the judgement I myself have placed against myself and people, that I still have a God who loves me.

And a God who couldn’t love me more than He does now.

And it amazes me because for someone who has been a prisoner of the world, this truth is the one that sets me free.

That I can finally stop pretending, like those characters on the TV shows that I love so much and just be
in the Father’s arms.

That people may not love me and people may not understand me, even those closest to me, but it’s okay
because I found my real identity in Him and there’s no looking back.

And despite all the pain and the rejection I’ve felt, I don’t regret it, because it served it’s purpose,
it showed me how gracious and how loving our God truly is and it made me appreciate what He gave up for me.

One step at a time, my heart is being transformed and although it’s taking awhile, I know today is an adventure with God.

And you know these days, the changes in me has nothing to do with my strength or my power, but instead the power of God working in me, that I was able to overcome that sullen girl because of the work that He is doing inside of me and I won’t give up until I see His work completed in me.