Menu
love should be a crime 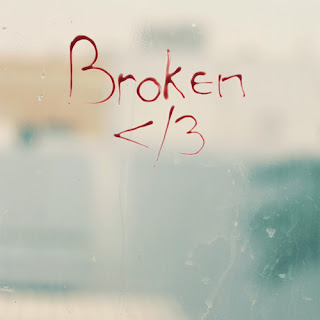 In one of the One Tree Hill season four episodes (it was during the time that Peyton realizes that she’s in love with Lucas still) Brooke, who for some chaotic reason was mad at Rachel Gatina (again) and she said something along this line, “I know what it feels like to get your heart broken and i wouldn’t wish that on anyone, not even my worst enemy”

And without explaining anything because my personal life isn’t really all that interesting, i found myself reciting the same thing.

You know that twisted pain you feel that torturous thing that just eats you up and spits you out and you can’t breathe and you feel like crying in the middle of the day because that’s how much it hurts.

There’s no cure for it. There’s no meds to take to make it go away, it’s just there, hurting less and less as the days go by.

And the funny thing is is that you can’t really explain why it hurts the way it does. It just hurts. Maybe that’s nature’s twisted way of saying that you cared for someone. It’s the irony of life that something that made you happy once is now the torture that threatens your sanity.

It never makes sense. It probably has a lot to do with the ego: i mean why would anyone reject me and my awesome-ness?

But in reality, i guess it has a lot more to do with the bruised ego, it’s the feeling that you’re not good enough.

And that pain, nobody deserves that. it should really be a crime. most people are driven to do insane things because of this little thing called a broken heart and i’m pretty sure that if there’s anyway to avoid it it, i’m sure people would claw for it.

but it’s inevitable, it happens, but you know, somehow i just really hope: it gets better.

cause you know at one point, everything broken would eventually heal itself.