Menu
Me and My Big Mouth 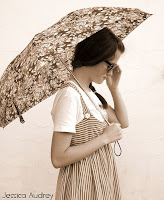 I was on Facebook the other day and I came across this fanpage that was about a 15 year old who killed herself because of way too harsh questions of formspring.

That’s when I realized that the intensity of words can really ruin someone. And I started going on a Twitter rage against formspring and what’s happening to the world today and why are teens so mean, yada, yada, yada.
Well basically, I was being a self-righteous little hypocrite (who even couldn’t spell formespring correctly!) because you know, there was a time, there are times where I’d also judge someone unabashedly.
I’ve lost countless friendships because I couldn’t tame my mouth and stop judging people. I had an opinion about everyone and everything, including everyone’s relationships, everyone’s clothes, basically everything under the sun, I had an opinion about it.
And whenever someone would call me for it, i’d be defensive and pass it off as being, “honest.”
And it took me awhile to actually get down and admit it, admit that I was hurting people and myself through the words that I would constantly spew.
It took a simple revelation for me to understand that the beginning of showing God’s love and knowing God’s love is by loving other people and loving other people doesn’t mean that we sit down and love them affectionately, but instead loving them by not wishing them well and not speaking ill about them.
Our good Lord never judged, so who am I to judge His children?
When you think about it, it’s quite fantastic, because despite our differences, we are all children of God,who am I to speak ill about someone that God himself also created?
I have no right to talk about His creation that way. Because I, too, is His creation.
And it’s not easy, most especially if you’re a girl and gossip is a sport.
It’s not easy, but whatever God calls us to do, we can do because He is the one who gives us strength to be able to do it.
And because of this truth, I am trying to transform my heart and from there, hoping that my words would be transformed as well.
It’s a lifestyle change. It’s taking a step back before uttering something and it’s accepting gentle rebukes.
Because as I’ve said, I won’t give up until I see God’s work completed in me and until I see changes on the outside.
PrevPrevious
NextNext