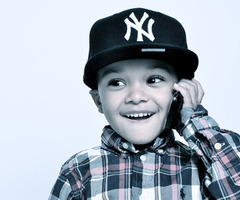 I see you and I know your kind.

Now, I don’t mean to judge but I know the way you work and why you do.

A wise man once told me years ago the reason why men cheat is because of their insecurity and has nothing to do with the girl they cheated on.

This is also the reason why a single man would go from one girl to another trying to prove to their worth to the world. If you notice, the said single man is drawn to popular women (i’ll go ahead & let you define the meaning of popular) in sheer attempt to boost his ego.

I do know, however, that deep down inside you constantly wonder if the girls who actually believe the shizz you pull love you for you or just love you for your wealth, influence or “popularity”.

You mix the girls around not because you’re a bad arse but because you know that once they see the real you — they will run or leave you when they know you won’t get them that Balenciaga, but you get my drift.

What I don’t understand however is this — why you don’t just show them who you are. While you have bad points, heck we all do, I believe your good points outweigh them. I don’t understand why you  don’t just stop balking on your wealth or your fame to lift you up and instead rely on the good old saying “Magpakatotoo ka”.

I also don’t understand why you choose to base your self worth & confidence on dating popular ladies, while I think that they are nice, most of them are just looking for someone to lean on (that of which I will not elaborate on) and it is also unfair to them for you to get your confidence from them.

You are a man. You should be strong & steady on your own two feet without using a woman as a crutch. Most importantly, you should just drop the player act and be true to yourself.

Also, gain confidence from who you are & not who you are with or who you are dating. Most women make this mistake and unfortunately, guys do too.

Being with a different girl every night doesn’t make you a man, it makes you less of it. A real man appreciates a real woman: a woman who adds to him and doesn’t lessen who he is.

It takes a wimp to be a player but it takes a real man to go out there & stick it out with one woman. They are rare & few in between and I wonder why you are working so hard to become just like the rest.

I hope that one day, you don’t wake up with another broken heart wondering why you let a good girl go just because you wanted to prove something to the world that didn’t care much about your player image anyway.

We need the real, untarnished version of who you are, suck it up & be that person.

PS: And just like Jennifer Lopez, REAL women know how to say “my love don’t cost a thing”. You don’t need to impress me with your wealth, I would much rather be impressed by your manners and most importantly, your character and nope, those things you can’t buy anywhere.