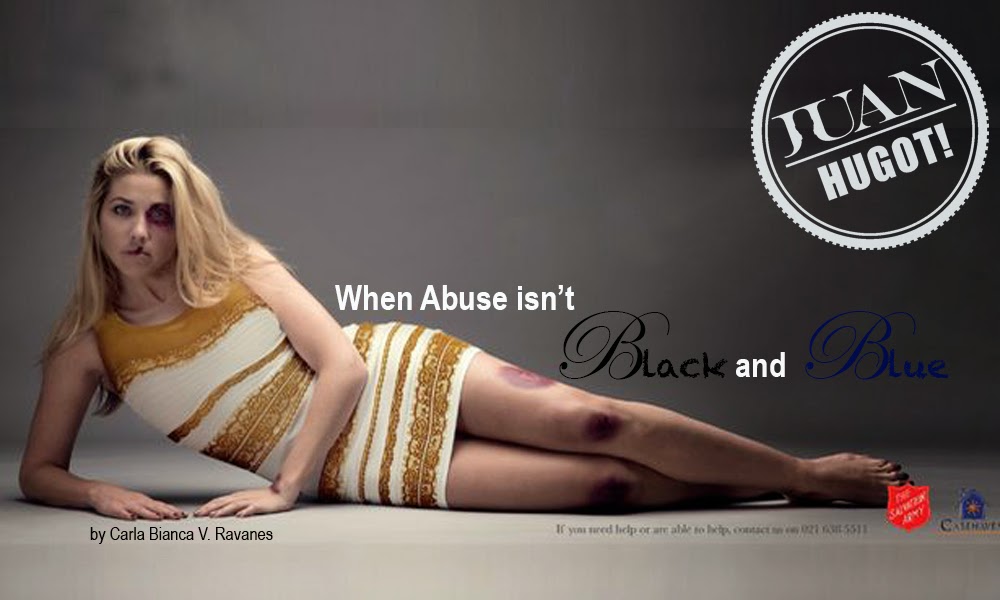 Just like any other girl, she dreamt of meeting her prince when the time was right. So she waited and waited until the time finally came. She was 20 years old, a fresh graduate when she met him and from the get go, he seemed like everything she has prayed for when she was younger.
He wasn’t as handsome as she wanted him to be but his charm was more than enough to make up for it. He was also brilliant; graduating with top honors from a school abroad and came from a supposedly good family. Her family was excited, their baby girl who never dated looked like she hit the jackpot at her first try. He was sweet at the beginning and she constantly thanked God for the answered prayer until the story slowly unraveled.
It ended as soon as it began, with his eye traveling from one woman to another. She was going to have none of it but he had a way of coaxing her with words, but it was also these words that destroyed her. The girl, just like any other women, constantly worried that she wasn’t good looking enough. She grew up as the lesser sister and she always looked for ways to overachieve and be wanted. He maybe knew where to hit her so he began to destroy her.
It started out innocently, gentle reminders for her to lessen her food and go on a good exercise program. He said with her height, she’d look like a model if she just dropped a few. The reminders slowly ate her up, with her resorting to crash diets to be accepted by him. Once again, she felt like she was not good enough so she tried harder but he always made her feel she wasn’t hitting it.
She no longer liked how she was treated so she started entertaining other male suitors. That was when he reverted back to his sweet ways, trying to win her again but she wanted to stay away because of his inconsistency. He got back at her by telling everyone who asked that she was too fat for him and he was the one who rejected her. It even reached a point where he would call her “stupid” during meetings and compared her to women he defined as better than her.
The girl, who was 22 when the saga finally ended, walked away without realizing that she may have left him and the environment she was in but the words continued to ring in her ears.
For years, his words of her not being smart enough, beautiful enough or even skinny enough rang in her ears. And this caused her to build walls so high even the most gallant of princes could not climb. She felt she will just be replaced with another more beautiful than her and at 26, she is still recovering from the lies he spewed. For the longest time, we have always associated abuse with the physical black and blue bruises. If the men we were with didn’t hit us physically, there will be no damage or even a residue of it. And while physical abuse is a grave matter no one should endure, there’s one with effects that no one sees simply because there’s no visible evidence. Abuse is defined as the improper usage or treatment of an entity, often to unfairly or improperly gain benefit. Abuse in simplistic terms is when we hurt people to make us feel good about ourselves. Abuse is almost always also coupled with manipulation as well. The abuser will always make you think you’re at fault, that the harsh words are for your own good, and that he’s doing this because you’re insecure but never him. But truth is, only a human being with his own issues can destroy another. I used to blame him but then again, he may have been brought up in an environment that fostered verbal and emotional abuse. He may have been neglected or maybe he hasn’t found a deep sense of wholeness so he destroyed those who didn’t need him. Being needed made him feel like he won. It has been four years since then and I would say that I am blessed with a family who taught me the power to be found in the grace of God. I am also fortunate to have a father who looks out for his daughter and constantly reminds me what I deserve. Because of how he raised me and how he treats my mother, I am reminded of my own worth and what I should and shouldn’t tolerate. Because of this, I healed slowly and by fully discovering the truth of who Jesus is and how he makes everything turn out for good, I have also learned to forgive him. He simply didn’t know any better and I can only wish that he has already changed. I am sharing this story to remind you beautiful woman reading this that you are not alone and that when a guy hurts you whether through his brute strength or his words, walk away. You were created to be loved and appreciated and believe me when I say that staying will not change him but even make the situation worse. By loving yourself and being brave enough to walk away, you are stopping him from repeating the same behavior and at the same time, inspiring women everywhere that you don’t have to take what you don’t deserve. By taking the stand today, you at also making the world a better place for little girls to grow up in. Love doesn’t have to hurt. read it, believe it and live it.
PrevPrevious
NextNext