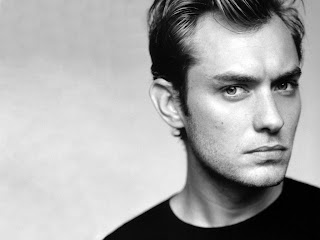 I watched The Holiday last weekend and just like what everyone promised me, it was beautiful.
Sasha would probably kick me for saying this but:
Jude Law is HOT.
But seriously, that is not the point of this entry. This is my second attempt at writing a review and I’m really hoping that somehow I’m going to get it this time.
Before I begin though, I would just like to say that every movie that has the word “holiday” in it ought to be good.
This was not one of those majestic movies wherein everyone meets at the airport and falls in love.
Its simpler but WAY better.
I can’t believe how small the world really is
this movie just proves that.
Watch it and fall in love.
(Thank God February is finito. All my entries were all connected to the stupid theme of the month. This is the last!)

I am probably the cheapest person that you have to deal with. And I don’t mean that in any malicious way, I mean that you can easily make me smile and my vices aren’t that expensive. To begin with, the only things that I ever spend on are: coffee, cookies and chocolates, books and movies, movies, movies!! When people ask me what I “collect” that’s probably all that I answer. So, I decided this morning, why not try to do a movie review since that is all that my life consists of? Another problem with me is the fact that since I consume so many movies in a month, I am easily smitten by actors who appear so perfect on the widescreen. That my friend is a fatal mistake, trust me. They’re human like you and me, after all except for the freebies and the paparazzi shots. I have a new movie star crush every week but I do get the whole human thing, reallllyyy. So here’s my try at it, although, I’m not extremely meticulous about the screenplay etc etc, what I look at is the heart of a family and that may be my main basis of judgment for this said movie review.

(*Disclaimer: IF you haven’t seen Blood Diamond yet, stop reading now.*)
The movie that I would present to you today is Blood Diamond. I know that doesn’t come as a shocker to most of you since I’ve been raving about Leo for that past two days. BUT, I watched for another reason, EVERYONE’S talking about it, even a large number of my professors have seen it ( and even commended Mr. DiCaprio’s performance. Ahem), so my dad and I decided to check what the hype was all about.

I finally found out. It’s a good scene. A little boring in the middle parts of it and one could easily get tired of all the gun shots and all the running but at the bottom of it, it speaks of events that truly happened. That people suffered and died from. The diamonds that we pine for are usually from rebels and their captives. Someone died because of some of the diamonds that we so long to have. I know that not a lot of people know that, but at least those who have seen the movie would at least have an idea. It was so gruesome that it would allow you to seat upright on your chair and listen. Also, after you see glimpses of the film and realize how the other half is living (or suffering) you realize that your trials at the moment seems to be silly. How can you go on complaining about life when some people don’t even have food to eat and are constantly tortured by other people with their lives hanging on a thread every single day. I know that the Civil war is long gone in that part of South Africa, but at some parts of it, poverty is still very alive and kicking.

Another thing that moved me to the film is the friendship between the two main characters (*cough Leo cough*). Despite the sordid differences between the two, the sacrifice of brotherhood rang true. It was so alive and compelling that even if the character of my dear Leo died, my eyes were still glued on the screen. The success of the man was just so gripping. Don’t forget the journalist’s role because without her, all of Danny’s plan would have gone to waste.

A great film, just learn to sit through all of the fight and run scenes and you’d see it’s beauty.

I guess that for my first one this isn’t too bad but don’t expect me to come up with non-Leo reviews for awhile. For the next two weeks, he’s the man.

I don’t know after that. *wink*

A perennial daydreamer with her head constantly in the clouds. I live for laughter and believe in the power of kindness. A publicist by day, a wordsmith by night. My column, The Thought Junkie, comes out on The Manila Times every Sunday.