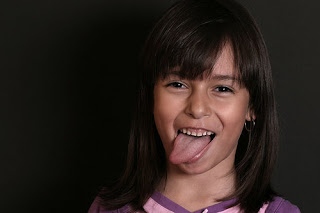 I haven’t blogged in two weeks that’s like not being able to speak for two weeks so excuse if this blog would be long.
While I was getting ready to attack my prelim exam tonight, my head once again, in its own started buzzing about current issues that I haven’t had a chance to debate over with my friends. (Arvin, are you listening?!)

– So everyone’s been talking about Tiger Woods. You know it started out as an “accident” then eventually everyone had something to say (yes, i still have the time to go on perez) BUT why is everyone so surprised? I may be a cynic in saying this but seriously, did everyone expect him to be faithful? He’s the richest athlete in the world, I don’t think he’s never been tempted. He’s a guy, what do you expect? Pacquiao, you’re next. HE HE 🙂

– I found myself getting a little nostalgic on the first day of Christmas since I’ve been reminded that it’s been a year since I’ve meet my little kiddos and I still miss them tremendously. It made me feel optimistic, I do feel that something wonderous would roll around this Christmas season too. I just really need to finalize Christmas gifts. And get more fruitcake.

– So in the past two weeks, I’ve encountered three boys:

– You know, i’m pretty patient with people, but seriously, I cannot take a guy who thinks he’s a cut above the rest and won’t go out with a girl with a zit. SERIOUSLY.

2) The shiny, sparkly, tempting thing that I really need to ignore.

– Been extremely addicted to How I Met Your Mother and I have found my perfect match in Ted Mosby. Too bad they never exist in real life.

– With the murder that has occurred in the past couple of weeks, I really can’t say anything more and I’m not an expert but I just really pray for those people weeping right now and those who are in mourning. Really, at the end of the day, it’s about them. Not some stupid dispute regarding politics or anything else. We know what we can do to make a difference, that’s to truly dissect a government official and see if they can actually do something to benefit people and not just thier pockets.

Now back to my prelim.