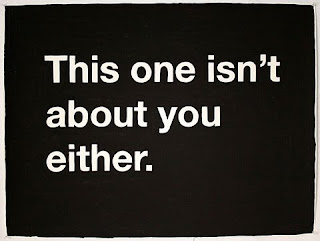 If there’s something that God wants to tell me right now, it’s probably this cute thing from tumblr right here.

And that’s because I keep living my life for me.

Yes, I was pretty much self-centered, only it was clothed in a “victimized, poor me” story, but self-pity as quoted by one of my closest friends has pretty much the same effect as pride. Only reversed, but still it’s all about me.

It doesn’t change anything.

And if you’ve known me long enough, you know for one thing that there’s something that i’ve always wanted and I’ve been praying and wishing for it on every single holiday, every single new bridge that I pass and every single imaginative falling star (yes, even paper falling stars made by students).

And now at 21, I still don’t have it. I’d rather not elaborate on what it is, but i’m done trying. I’m done trying to make it on my own and I’m done daydreaming and making it all about me and what I want.

But wow, the thing I wanted is so alluring, but maybe only in my head.

Because so far, it has given me nothing but rejection, intense pain and another dose of self-pity (seriously, I needed another one of those?!)

So i’m sitting still so I can finally have the best life that Jesus died for me to have.

And when I say the best life, it doesn’t mean that I wake up a supermodel, the long lost Princess of Genovia or the President’s daughter.

You see in God’s amazing way of doing things, I can have the best life right now right here, just by being me.

And that’s shocking, because I’ve always thought that nothing in my life right now is cut out to measure up to being the “best”.

But God made me see that He has given me the best life according to the life that I’m living.

Okay that doesn’t make sense. It just means that this is where He placed me, with the family He wanted me to have and the right people, at the right time.

I guess we all keep forgetting that we’re here to serve God and be used for His purposes, any other life that is not according to what He planned out for us to have would be filled with pain and disappointment.

I hope this makes snese: It’s like building a really massive motorcycle that was meant to be the best motorcycle on the planet, but instead this motorcycle feels that he’d serve himself if he tries to become a super race car instead (what a loser!), so instead of becoming the best, he became second best, feeling that he was never good enough simply because he was trying to be someone he’s not.

I’ve been that stubborn motorcycle my entire life. And I want to give up and become the motorcyle (or whatever it is that He wants me to be) that I was designed to be the moment that I was born.

So there’s no more trying to fit a square into a circle.

This is it. This is me surrendering my life and giving it all up to Him.

That’s the only plan, as my sister, Denise said. With Jesus, there’s only one plan and i’m sticking with it!