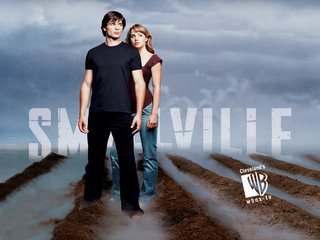 I had an enormous gradeschool crush on one of those super guy, you know thier kind- chiseled. good looking and the prototype of the “perfect guy” a.ka. SUPERMAN.

Liking my own version of superman brought about my inner Lois Lane in the sense that I was too dazzled with SUPERMAN, that I didn’t realize that he was probably just an CLARK KENT underneath.

BUT TO BE HONEST…. SUPERMAN HE WASN’T. HE WAS ACTUALLY FAR FROM IT.

I do get giddy though whenever we talk and all the things that come along with the normal infatuation but trust me once all the superficiality is gone (it lasts for ten minutes-tops) NOTHING’S THERE.

Our conversations simply didn’t make me THINK and I didn’t have to contain myself from going on and on simply because… well, i wasn’t going on and on. We stare at each other more than talk, which is tad embarassing enough already.

Our conversations BORED ME TO DEATH and in the progress of these conversations, my huge crush on superman simply deteriorated. HE LOOKED SO GOOD ON THE OUTSIDE BUT NOTHING WAS ON THE INSIDE.

I realized that my idealism of superman was more than just boyish good looks. Instead it has to do more with:

-wit
-humor
-personality and most importantly
-brains (not genious smart, just smart will do)

That said, I guess I no longer get crushes other than those I see on TV. Friends say that my standards are too high. I don’t think so, they’re just different from the rest.

I’m actually brave enough to go on the route that hardly any 21st woman chooses the path called: “patience lane”

I no longer want to elaborate because most people argue with me on this one but please AGRESSION is a word I DON’T understand. If a guy likes me for real, he should be the one to make the move and not the other way around.

I’ll continue with my daily life and sometimes think of my superman, but I WON’T SEARCH FOR HIM.

barney’s fine with me:)