Menu
negativity and finding love in it (it’s possible!) 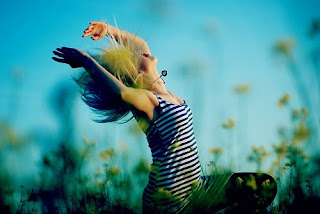 i don’t regret. it’s just not something that i do. you know a bad thing happens, may it be a my mistake or another person’s, i brood a little, but i pretty much forget about it the next day.
it makes me stronger.
but today, today i found myself regretting something and it’s the first time i felt regret over something this strong and it’s this:
“when i became emotionally attached to you…”
there’s a lot more to say in terms of what i regret but seriously, seriously, i don’t know where to begin and i don’t want this to be another one of my mini-novels.
but i really want to rant! i mean this guy basically turned my life around and emotionally battered me to the extent that i became harmful, not just to myself, but to the people around me as well and it became too much that i lost my sense of self.
basically, it took me a year to find myself again and just when i’m back to rebuilding my life and restoring relationships that was ruined along the way, you come back and torture me on a whole new level and this time it involves work–which is really desperate if you ask me
but instead of retaliating which was the initial purpose of this blog, i choose to use this opportunity to reflect on the things that has happened in the past year and instead of being mad, i choose to be grateful that despite this situation, i learned to value the people around me and i learned to forgive myself (which i think is the most important think–a wise advice given to me by a good friend) and ask for peace not just for myself but for those that i have harmed along the way.
that carla, who fell into deep and who believed so much in this fairytale, was an ugly person. she was insecure and she wanted to be better than everyone. she was so driven that she was clouded by hate and anger and it took that person awhile to leave that dark shadow.
so if ever i’ve hurt you in the process of dark carla, i am deeply sorry.
and to that person: you know despite all this hell that you’ve put me through My God has given me enough grace to wish you the best and wish you real happiness. And peace, I really wish you peace.
I’m closing this chapter for good. It’s over and never will I speak about it again.
PrevPrevious
NextNext
January 21, 2021