(Blogger Disclaimer: This blog was not written to attack in any way the proverbial cool girl, in fact, I am all for cool girls, I love cool girls, I wish I was a cool girl but I’m not. So for all cool girls everywhere, you have my heart and my admiration forever) 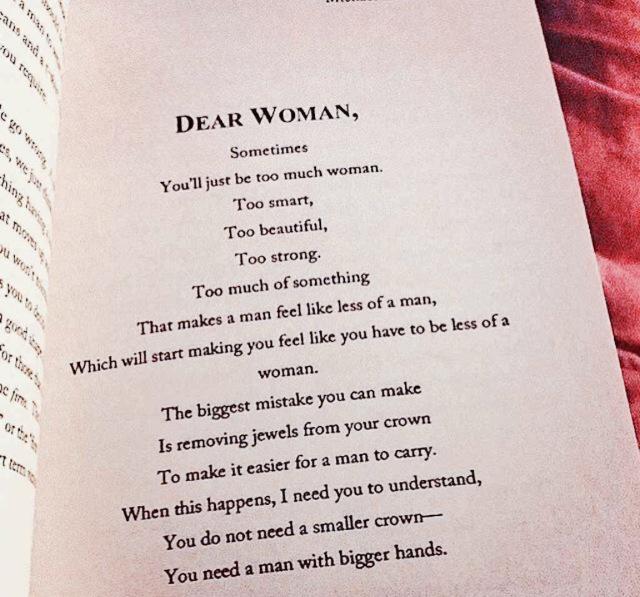 I am not and will forever not be a cool girl.  As defined by the very reliable Urban Dictionary, a cool girl is someone who “Shares interests with, hangs with, and (optionally) sleeps with a man she is interested in. Inevitably, she becomes a ‘cool girl’ and becomes ineligible for girlfriend status.” Thought Catalog also describes it rather throughly over here. To me, cool girls can be traced back to the halls of Colegio San Agustin, Makati. They were effortlessly beautiful and often walked the halls of school like goddesses. I would often stare at them with my mouth wide open while deciding if my Mister Donut was actually worth another bite.

As life progressed, I have forgotten all about the cool girls of my grade school past, but in the back of my mind, I have always thought how different life would be like if I have learned to strut like the cool girl. As I navigated my way through life, I have learned, read, and heard so many tricks of the trade when it comes to becoming a cool girl. I didn’t realize that life came with a playbook and I was lagging behind.

I don’t know why my once fascination with the cool girl came to mind while I was yet again ranting over something trivial with my officemate turned friend, Ley (we weren’t friends from the get go but we have developed a solid and transparent friendship over the years of working together) when she told me in her Ley-ness, “Girl, ikaw ang common factor. Ano ba kasing ginagawa mo?” In between giggles, foraging for food, and writing a recommendation, she also told me, “You have to be conscious of your patterns in order to break them.”

It was definitely a light bulb moment. Without boring you with the details and in the intention of keeping my private life private ala Kendall Jenner, I have come to the realization that maybe, this time around, the problem was in fact with me.

What have I been doing? Painfully and excruciatingly so during horrendous Manila traffic, I dissected what I’ve been doing wrong. And while some maybe too delicate to share via this blog, one major factor I can share with you, with no holds barred and filter is this, I depend so much on other people for my happiness.

I know that’s not what an independent 21st century woman should say but admitting it helps. I could go on and on and blame other people for making me the way I am but why do the have that much power over me anyway?
I’m extremely scared to be vulnerable because I don’t trust myself enough to believe in a formidable outcome. And because I don’t control the outcome, I freak out at the essence of losing control. When people tell me to simply “let it flow”,  all I really want to do is kick them in shin and get blood flowing there because how the hell does someone do that?! For someone like me, who constantly goes after what she wants (because if I don’t get it myself, who will?), If plan A doesn’t work, I have 24 other plans to work on. You see, there’s always a way and no is not never an option.
Because of this, I overcompensate. At work, that’s a good thing, in other areas, not so much. I cannot for the life of me take defeat sitting down.
This is also probably because so much of my happiness depends on another person’s actions and that’s the one thing I cannot control. I keep thinking that if I just work harder, I’ll get what I want but that is seldom the case.

I guess I thought about the cool girl because I couldn’t help but think that if I was the cool, unaffected, sometimes rude cool girl, maybe I’ll have better chances. I’m this constantly cheer-y, you can do it, person and sometimes, it causes me to think that maybe if I stop being ferociously loyal for once in my life, the outcome may change.

But to be someone other than who I am pains me because this is who I am wired to be and if that’s too much for someone then I should let it be because I don’t need to be indifferent to who I am in order to be liked, loved, or even replied to. Maybe one day, I’ll find someone as dorky as I am but until then, I’m perfectly fine with me.

This post by Sophia Bush (how could Sophia Bush ever have problems such as this, I will never know). 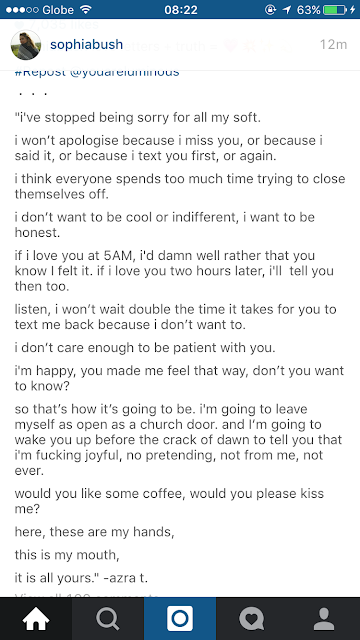