Menu
The Mine of The Matter

I was browsing through Thought Catalog the other day & came across an article that stated the 7 things you need to be doing before you hit 25.

According to the article, one of the things one must be able to do before hitting 25 is being able to read the news objectively.  So now, I must try to read through a Taylor Swift article without having the need to pounce her — just kidding. Obviously, I have reached the age where in People shouldn’t be the only app in my News folder and actually be updated with what’s happening around the world — or at least in my country of origin, the Philippines.
Mining has been a red hot topic on social networking sites, newspapers, TV shows, radio shows and practically every single news outlet that exists to mankind. At the beginning of the whole hurrah, I didn’t quite understand what the fuss was all about, all I knew was that it was harming the environment & it was not good.
What I didn’t realize was, just like every single story on the planet, that was not all that was there to it. There was more to mining that I ever imagined & thankfully, a brilliant individual shared its depth with me.
I have known Tito JB Baylon for as long as I can remember.
Okay, maybe not for as long as I can remember but he’s been around sharing his wisdom & excellent stories with me since I was in high school. I even contemplated of making Tito JB the subject of my “most influential person” article when I was applying for college. I remember Tito JB’s advice in my younger years, the most poignant of all was when I finally chose my college, turning down other go-to universities, I remember him telling me on the way to Baguio, “Go to that school but be the best in your class!” I hope I did not disappoint him.
Now involved with Nickel Asia Mining Corporation, Tito JB took Carl, my mom and I to visit Rio Tuba in Bataraza, Palawan on the weekend of March 15-18. It was a spur of the moment trip that brought us out of the busyness of Manila and into the serene and totally different life in Palawan.
For those of you who are not geographically savvy like I am, Rio Tuba is a good five-six hour drive away from Puerto Princessa, Palawan, the home of the famous Underground River.
Rio Tuba, I found out, is the home of the Rio Tuba Nickel Mining Corporation & its processing plant, Coral Bay Nickel Corporation.
Our Palawan adventure started with a mini, yet fun lecture that told us everything we needed to know about mining. Now, while I may have forgotten what I have studied the scientific terms used, I will try my best to translate it into layman’s terms for the sake of this blog entry.
To be safe: mining is basically unearthing the first layer of the earth to uncover materials that will be useful to those inhabiting the earth (us!).  Once we have gotten the material that we could use, the main rule is to return the earth and make it regain its natural beauty.
Simple right? Well, the main reason why we have so many laws about it is because some mining companies don’t do what is the most natural, must humane thing to do — return what you have borrowed.
Tito JB points out that while he cannot deny the irresponsible mining done by others, he says it is unfair for everyone to think that the entire mining industry is irresponsible just because of a few bad apples.
However, Tito JB knows that in order for people to know the real truth about mining, especially in Rio Tuba, it is important for him to communicate it to the “outside” world. People will only believe what they see for themselves and not hearsay.
After our mini lecture led by the head of rehabilitation and reforestation, University of the Philippines graduate, Dr. Bibiano Ranes took us out of the “classroom” (which was really the guest lodge of RTNMC hehe) and brought us to the mining sites to see for ourselves what responsible mining was all about.
And okay, let me just tell you, it is absolutely nothing like what we saw in Snow White & The Seven Dwarves. For one thing, I have learned that is an entirely different thing.
What greeted us was a vast amount of land with green everywhere. Definitely not something I expected to see in a mining site: 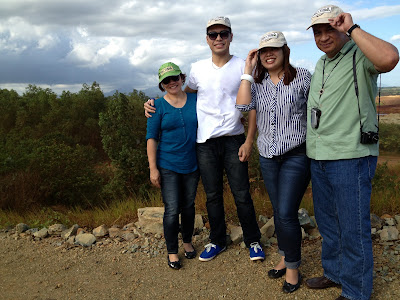 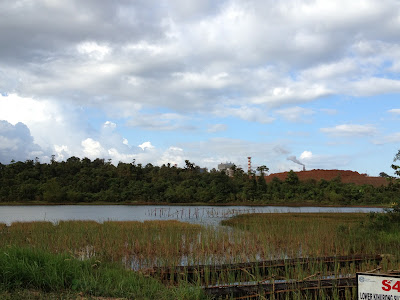 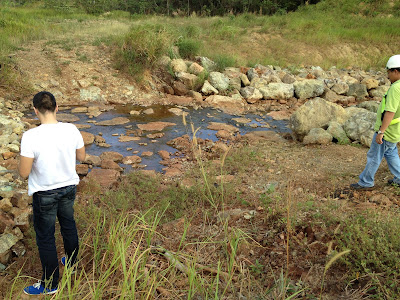 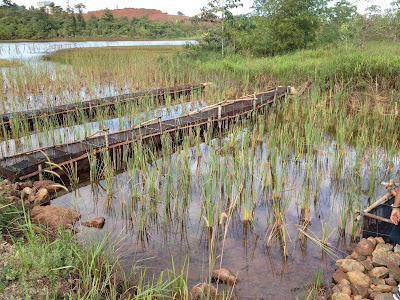 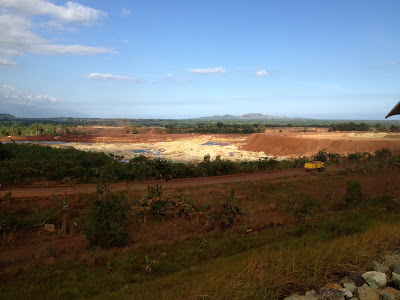 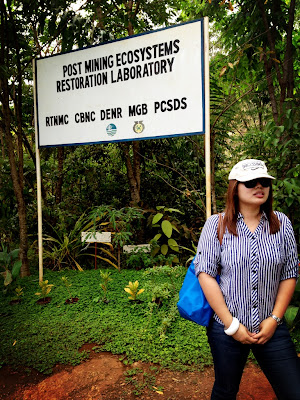 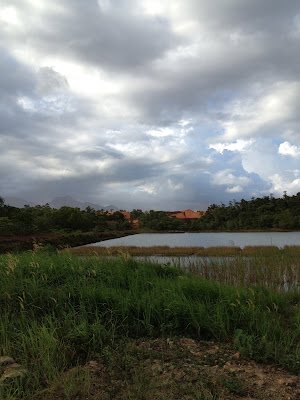 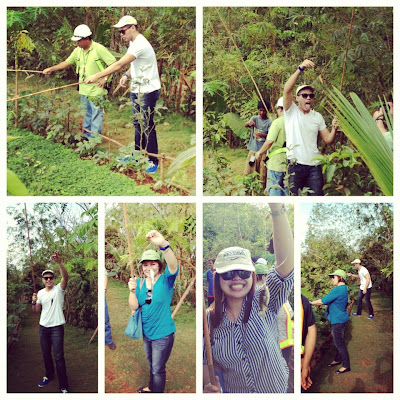 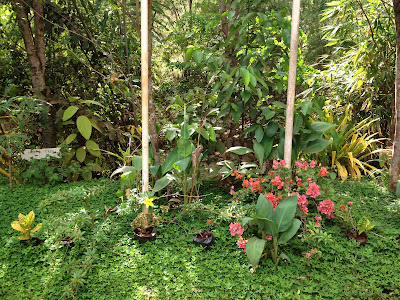 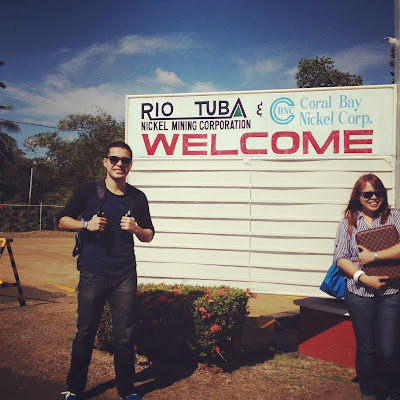 The mining site was definitely full of life — to the point that Carl & I even had a chance to go fishing for the first time! Dr. Ranes noted that some of the sites are even better today than when they first found them. Truly, the reforestation project of RTNMC was definitely a success since there were so many different plants and trees that gathered around what used to be mining sites. The mined out area has been rehabilitated into a green and vast land with various trees and crops that grew palay, grapes, tongkat ali, papaya and my ultimate favorite — the fish pen!
Carl & I were laughing the whole way through simply because we felt like the City Mouse visiting the country for the very first time — and yes, clumsy me even slipped a few times! It was truly a beautiful sight and I couldn’t understand why so many people were protesting against this particular mining site — if anything, nothing looked dead or harmful to me. 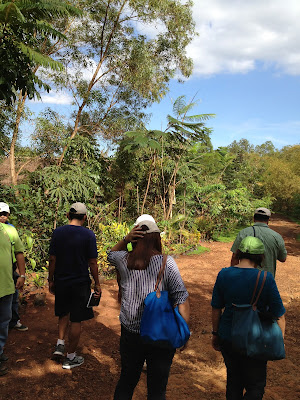 But more than just talking about the rehabilitated areas that RNTMC worked on, what touched my heart were the people involved in the everyday operations of both RNTMC and Coral Bay.
For them, mining is not just an issue on TV but very real — all of them have built their lives in Rio Tuba and RNTMC has taken good care of them — providing school, health care and most importantly, livelihood. By listening to their stories of survival and success, people from faraway tribes were given a chance to support themselves and their families and I believe that that is the greatest story of all.
That beyond the rallies on the streets or the news on TV, Rio Tuba has become a home to the thousands living there and it is their voices that truly speak the truth. 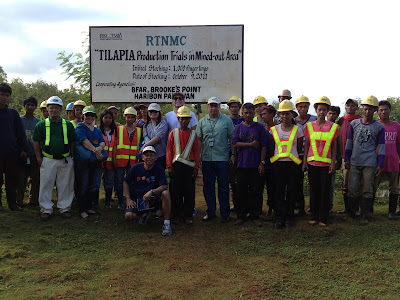 For more on this story, watch out (naks, shameless plugging!) for my article about it on The Manila Times out this month! 🙂
PrevPrevious
NextNext