TV Medical dramas often depict stories of everyday miracles and yet, we often look for stories like this one in our everyday lives.

Hanna Diaz was a fun loving 21 year-old when she found out that she was pregnant. Though the news came as a surprise, Hanna and her boyfriend, Marc Potente, also 21, welcomed the news with open arms.

Hanna quickly turned her happy-go-lucky life around which included quitting all of her vices to make sure that the four month old baby she was carrying was healthy. However, because of her previous lifestyle, Hanna’s health became a concern and in her 22nd week of pregnancy she was confined for severe bleeding caused by stress and UTI. Hanna then quit her job and was put on strict bed rest.

In her 24th week, Hanna experienced labor pains. Her baby was only six months old.

The moment Zoey Mabel Diaz Potente was born, there were no loud cries and all the doctors advised her to be strong because Zoey was not expected to live. Hanna and Marc were already asked to prepare the burial details of their child.

Hanna recalls the difficult time, “A chaplain already prayed over her and as she was about to be placed in a box full of ice, Zoey smiled and put her tongue out, as if saying, I’m alive, mommy.”

Everyone was surprised to see Zoey live, however, she was once counted out and was only given a 10% chance of survival. Zoey and Marc were determined to see Zoey live, but because of the chances given by the doctors, they signed a Do Not Resuscitate waiver.

However, Hanna was resolved to not give up and with all of her options exhausted, Hanna got to her knees and prayed the way she never has before. She surrendered Zoey to God and for the first time in a long time, Hanna felt an overwhelming sense of peace.

The next day, Hanna and Marc took a leap of faith and decided to withdraw the DNR waiver they signed, and as if on cue, Zoey continued to fight for her life as well. Zoey’s chances of living through her ordeal grew higher every day.

The hospital staff were in awe because Zoey’s internal organs were all intact and her brain had no signs of abnormality. Zoey also survived an Apnea among other things.

After three months, Zoey was given the go-signal to go home.

Hanna believes that Zoey’s story is meant to inspire others to believe in miracles, “She is an inspiration to everyone who no longer wants to hold on to their faith. Zoey is a reason to believe that miracles happen if you just believe.”

So to anyone of you who has been counted out like Zoey, may Zoey’s story inspire you that with God, all things are possible. 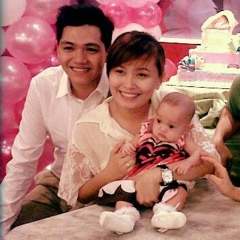 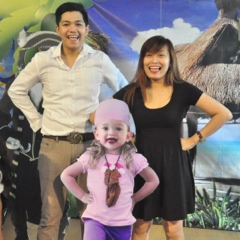