Menu
The vice of my life. 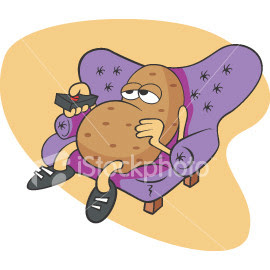 This article may actually betray my first vice: coffee.

(But, the dear love of my past life, all good things must come to an end and I’m afraid that our relationship is going down the drain. I am just not allowed to have you in my life and with that we just have to deal. *sniff*)

So, instead of sulking, I decided to refocus my energies on the next best thing: television.

When ever I take a cup of coffee, I always had my handy notebook or an exciting book with me and I am just taken away for hours, just daydreaming and relaxing. (That’s probably the reason why I consume three in just one sitting).

It’s my vice in the sense that it allows me to stop in the middle of the day and just breathe life in.

That was how powerful coffee was for me. Pretty lame but it can create miraculous things.

BUT, I am not talking about that right now but instead I am going to write about my life as a TV addict.

Yes addicted to it.

Since I’m pretty much a homebody, the TV has been my best pal since I was seven.

I really can’t remember, all I know is that I loved Arthur, Little Mary Lamb Chops and Little Lulu. I think that’s where it started.

Or the days that my dad and I would watch Mighty Ducks all day long.

So anyway, the couch potato life is actually the good life. It replaces my addiction to coffee because it does take me away from (the sometimes harsh!) reality and allow me to either be a tomboy who became an unconventional heartthrob, girl detective, the most popular girl in school, the popular girl with designer clothes and the tutor girl who falls in love with a jock.

I’ve also been the thirty something woman who sounded like she had nasal decongestion who once became a nanny and after a couple of years off the air, fell in love with a younger man.

Or be indestructible. Or have a dr. Jekyll and Hyde personality (hmm, I know someone who comes close).
Or be a surgeon. McSteammy!!!

I was also stuck in the 60s, trying to fight a war and a girl who was assigned by God to save the world and most of all myself.

Or have the map of a prison tattoed on my body.

It may sound really pathetic but watching those TV shows really allow me to reflect things in my life. Aside from the fact that they make me really happy.

Without these shows, I would not be able to know who to choose between McSteamy and McDreamy!

And that decision may change my life.

Kidding aside, life is truly more colorful these days because of that addiction and I tell you not all addictions can be considered healthy.