Menu
this person i met 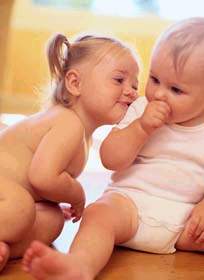 Its absurd of me to be writing about this person because this person has been the reason why my life has been hella messy lately. And this person is also the reason why I’ve realized how much there is for me to improve about myself and made me realized that not everything is what it appears to be. I’m not going to be hella dramatic about this because there’s no point in doing so, but I’m writing this down because now I believe that one person can significantly affect your life without even being in a relationship with them.
This person was a friend or rather, is a friend. This person is one hell of a complex person. I can hardly keep up with this person’s mood swings and innate ability to be inconsistent. This person shows up at the moment that I just arranged my life to resemble how it used to be (it hasn’t been the same eversince btw) and messes everything up again. Picking up the pieces gets harder. Arranging my life and putting it back the way it used to be gets harder and harder after every “tornado”. I don’t know why I don’t bother to put the appropriate pronouns. Its not like people would know who this person is anyway.

I didn’t fall for him, was not in love with him and did not see him in that way. He was just a friend. A friend who made me smile (he has that superpower of making corny jokes seem funny) and he has this uncanny ability to make everyone feel better about themselves. I admired this in him. These traits made me see him as more than just your ordinary party guy. I created a genuine friendship with him in the hope that I could share with him something of importance- my relationship with the Lord. But just like everything in my life, it became too complicated. Too much of it too soon. Again, I don’t think we saw each other in that “sense”. We were just friends, but then again it became too complicated- partly because of me and this nagging fear that I have. I easily get scared. Whenever I get too close to someone, I shy away because I get scared of what might happen. Its wrong, I know. I’m damn scared all the time that its not even funny. I never really sat down and figured out what I’m feeling. All I ever did was just tell myself to stop feeling what I was feeling. I just reminded myself that this was not to be and I ha a lot ahead of me.

I regret making things complicated and I regret making everything hella messy. Its my fault. I admit that and it drives me crazy because I’m too much of a wuss to confront how I feel and do something about it.

There’s a lesson to be learned here though and this is the real reason why I’m writing down this entry. To share with everyone the lessons I’ve learned in my encounter with this person.

First, never say never. Don’t say that you know how things are going before things actually happen. Don’t assume, expect and conclude right away. Most especially if your conclusions are of the negative variety. Be smarter. Listen to the person and not the grapevine.

Second, take the risk. Most opportunities come only once.

Fourth, if you feel love. Go after it. Don’t think. Just go. Cause if you think, soon enough you’d forget about the feeling, get all rational and lose that person completely. And that sucks more trust me.

This is probably just one of those transitions in life but I sure learned a lot. So THANKYOU… You know who you are anyway. 🙂