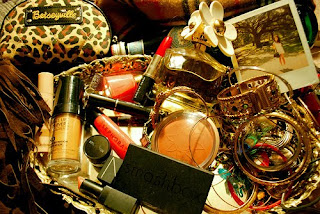 one of the worst things that a woman has to battle with everyday begins with an “i” and ends with an “s”.
you’ve got that right: insecurities.
women who were nurtured in good and well-balanced homes deal with it too, but not as bad as those who were neglected, abandoned or rejected too many times to count.
society dicates that we attain a certain level of perfection before we can truly get the good things in life. whatever it is, it’s as if we have to look a certain part before we could truly own something and it’s the saddest thing, really.
because it shouldn’t be about being a size 2 or a size 4, it should be something more than that.
it should be more than comparing yourself to your present’s ex, because that really wouldn’t do any good. come to think of it, the reason why that relationship is in the past is because it’s meant to be there. and there’s a good reason why he’s with you and not with her. if he wanted to stay with her, he could have stayed with her. they’ve been together for an eternity, it only makes sense.
and you know at the end of the day, it’s only a battle in your head.
it really has nothing to do with reality, it’s just your own internal battle that you have to deal with, but guess what? it’s something you can control, it’s something that you can work on and it’s actually a battle you can win.
you just have to choose to get up everyday and see yourself the way He sees you, beautifully created, the person He wanted you to be.
PrevPrevious
NextNext
January 21, 2021