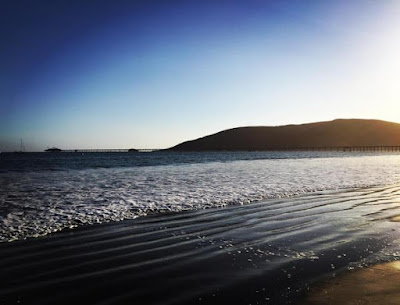 Just in case you’ve been living under the rock, we’re already in the 10th month of the year. In less than 80 days, we will once again be ringing in the New Year and just like that, 2015 will be nothing more than just a memory.

To be ridiculously, painstakingly honest, I lost my way for a little while. When your entire world crumbles and when your worst fears come true right before your eyes, on the day of your birthday nevertheless, you become a different version of who you are. I’d like to believe that you lose your essence for a time and for a season, you’re just floating in and out of consciousness until one day, you realize that you’re tired of retelling the same old story over and over again. You’re tired of having to explain your broken heart because in reality, nobody has the right to tell you that what caused it wasn’t such a big deal. Nobody has the right to minimize your pain but at the same time, you’ve gotten tired of the ache you feel when you wake up. You also get tired of trying to wonder why it had to happen to you, you’re tired of being angry, and most importantly, you’re tired of not being who you really are.

The journey to getting myself back together was obviously a long and tedious process (as vaguely documented here). It took a month long vacation, a lot of quick fixes, getting over those quick fixes, a lot of conversations with friends, and still a lot of tears for me to be able to see the sunshine again. The sunshine came back into my life slowly and none of it was because of what was happening externally. Believe me, I escaped as much as I could but I realized that at the end of the day, no matter how many well-meaning people walked into my life, I wouldn’t be completely okay unless I stopped relying on external things to make me whole again.

What hurt me the most throughout the process was the fact that I lost what made me me. As a young girl, I have always brought the “sunshine” into the party, wherever the party was. I was everybody’s cheerleader and I loved everyone around me until I bled. Having someone take advantage of that in the worst possible way scarred me to the point of no return. I no longer wanted to be the girl who gave without question. I hid in my cave to protect myself and just like the Beast in Beauty and the Beast (of course, there’s a Disney reference), I decided to hide away.

But today, as I had a wise conversation with a good friend, I have come to understand that the reason why I was so frustrated was because I lost what God has put inside of me out the fear that I would once again be rejected and betrayed. But while I didn’t experience pain, I also didn’t experience joy and most importantly, I didn’t give it out and I was tired of it. I lost what made me me and it left me frustrated.

There is a possibility that I will get rejected and hurt again but that shouldn’t stop me from being who God made me to be because in His name, I find strength and in Him, I begin again. It has been a humbling journey to know that we have a Heavenly Father who loves us, no matter what we’ve been through or how far away we have strayed.

So today, with no big hoolah-balooh, I decided to be me again and it felt good because I missed me.