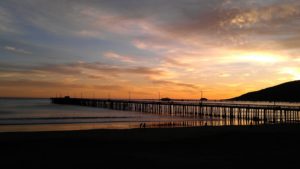 As of today, there are only roughly two weeks of work left and about three weeks left until we finally say goodbye to 2016. For a lot of people (based on my social media timeline, which may not be as accurate), it has been a year to forget. So many of my friends cannot wait for the weirdest year ever to just end already.

Personally it has been a year of heartbreak, triumphs, and could possibly my best / worst year all rolled into one. This year alone, I have experienced the following things:

My social media feed, pretty much just like yours, is curated into squares that I choose to show the world and to the outside world, the feed looked incredibly beautiful, perfect, and without flaws. As the likes began piling up, I felt my inside world begin to crumble. Judah Smith in his new book called How Well Is Your Soul? spoke about two tragedies in life (pretty much like what my man George Bernard Shaw said): never getting what you worked hard for and getting everything you wanted and more.

In between getting over an intense heartbreak at the beginning of the year, experiencing failure at work after my lateral transfer, falling in love, experiencing betrayal, getting married, and fighting my own demons, I’ve realized that getting what you want can be the soul’s biggest culprit.

(A quick random thought however that I just had to include: this has been a year of simply saying yes and going for it. This year, I thought less with my brain and more with my heart. I just went after it this year: quit a job I was comfortable in, married the man of my dreams in less than a year of dating exclusively, and just saying yes, yes, yes, and yes. It wasn’t always perfect but for the first time in 28 years, I truly lived.)

Getting everything you’ve prayed for can be quite the challenge because once you fulfill all these dreams, what’s next? Without Jesus (and yes, I lost my footing for awhile there), you would still be empty on the inside. I discovered this the hard way as I tried so hard to prove myself to the world completely forgetting that God is the ultimate author of my story. From the moment my prayers got answered, I waved a see ya later, I can take it from here God without realizing that my answered prayers were just the beginning.

Since then, my life just went into a whirlwind spin. It became a complete mess that I was often left in the middle of situations that has caused me to break down. I was also consumed with so much hate that I begged God to return me to the woman I once was, if not better. The journey was incredibly challenging but today after pouring my entire heart out to God at my home church, I suddenly felt a peace that has not been there for an incredibly incredibly long time and these lessons (in line with my December tradition) are the ones that I share with you today.

It is safe to say that this has been my messiest year to date. This messiest year was brought to you by my own impulsive decisions, not following the rules I set out for myself, and going against expectations I have set out for myself as a thirteen year old. As I was saying earlier, it has been a year of saying yes. It has been a year of going after what I wanted and seeing for myself the consequences of just going after what I felt like doing. I abandoned my thought patterns, wise counsel from people who cared, and what was expected of me and just went for it. It was exhilirating but it was also messy.

Saying yes to life is wonderful but let me warn you: it is not without consequences. When you choose to go after life you want (or think you want) and when you choose to do a 360 on everything you believed in, you have to be prepared to face whatever comes after saying yes. Often the end results will shake your foundation, make you question who you are, and challenge the essence of who you are. It will stretch you, make you cry, but hey, it also toughens you. When the storm is over, it will all be worth it.

More often than not, experiencing the life you wanted often starts out by being really messy at first. It’s like God dismantles this perfect life you’ve envisoned for yourself and leaves you with the broken pieces for awhile. Before you know it, you are disconnected from your family, without your trusted group of friends, in financial debt, and working so many hours you barely see your husband. You are also filled with so many thoughts that may or may not include regrets or at least questions as to why you said yes to many things. And yet you realize that despite your own speck of the universe being in disarray, you realize that you’re okay, life is okay, and soon, it will be over.

It is all these things that also made me realize that at at the end of the day, not having it all together isn’t life’s biggest sin. It simply means it’s being molded into something greater but for the meantime, I am left with the mess and slowly (out of maturity, I hope), it doesn’t matter as much and you begin to be a kinder, more authentic version of who you once were.

Return to the light.

Okay, so we’re in the middle of a mess and it hurts but does that give you the license to inflict that hurt upon others whether intentional or not? The logical answer is no but the emotional, wrecked answer is yes, yes, and even a more resounding YES. When we’re in a place of hurt, anger, and disappointment, we don’t realize that the anger consumes us so much that we become a toxic person of who we once were.

This was the most difficult one for me to accept, being the little sunshine that I am. I was so angry, mad, and just little miss sourpuss that nobody wanted to be around me. The hurt that was in my heart and in my thoughts seeped through the outer, no matter how much I tried.

My advice is to simply cry it all out, be as mean as you can be (but remember again, it is not without consequences), and then return to the light. Return to who you once were or at the very least, revist the people who love you. Be open, be humble, and soon, the hurt will melt away and slowly, you will be healed.

Master the art of deadma.

I would be the first to admit that I am a HUGE people pleaser. Making people like me could be my life’s biggest mission and this year, I have had so many closed doors and my ego has been bruised by so many rejections that it has led me to master the art of deadma. I’ve had meaningful relationships fall apart, I’ve had friends betray me, and workmates just say vicious things and while they sting for awhile, you learn to just hold your head up high, shrug your shoulders, and realize that while they can’t be kind, you can and that is the biggest superpower of all.

God is still God so calm down.

A good reminder to self: STOP PANICKING. Nothing ever rattles God because He has been in our tomorrows so during the biggest challenges of our lives and as difficult as it may seem,  it helps to simply learn to give it all to God because even if I admit it or not, He is control and as long as He is, then I am all good and my worries doesn’t affect me as much as I think they would. That is probably the greatest gift I gave myself this year. It’s a process but I am getting there.

Be brave enough to choose a different path.

The verse at the beginning of this nobela blog entry rings true, we can create so many plans for our lives but at the end of the day, it is God who ultimately makes things happen. And sometimes, it takes awhile for His plans to manifest (mainly because of our own stubborness or because of our fears) but once you simply heed to His call by following His peace, all of these things will melt away and despite the crazy adventure God has planned for you, you will feel excited about what’s to come.

This year, I have truly witnessed the truth of Jeremiah 29:11 and Romans 8:28 in my life. My life looks nothing like what I expected it to be at the beginning of the year but despite the many heartaches, an empty wallet, and a very different looking 2017, I thank God for this year because it led me to where I am now: someone who is well aware of His goodness and grace. I thank God for seeing me at my worst and still loving me. To experience His goodness is this year’s greatest blessing and with that in my heart, I look forward with joy for my heart is secured in Him.